Greenhalgh's are a bakers in Bolton established in 1957 with sixty one shops and recently entered the vegan market, offering a vegan sausage roll, pasty and sandwiches.   Greenhalgh's contacted me offering to send samples, though as they were soya based, Steven kindly volunteered his services on my behalf.   In all honesty he is a much better critic, as he has struggled to find satisfying vegan alternatives, so this was a good test. 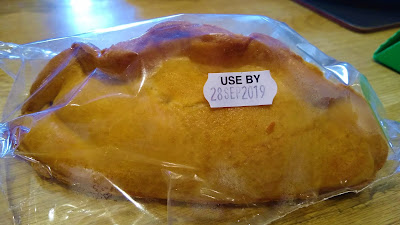 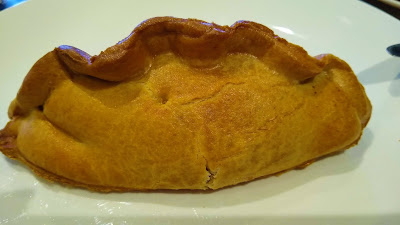 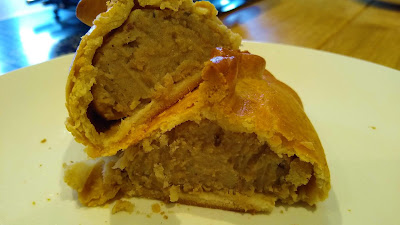 I served the pasty warm and the aromas on opening the oven door had me salivating.   The pastry was crisp and melt in the mouth, packed with a lovely meat like peppery filling, reminiscent of pasties Steven had as a child, just an excellent vegan alternative. 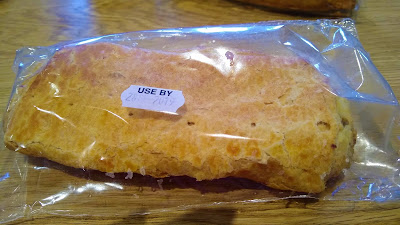 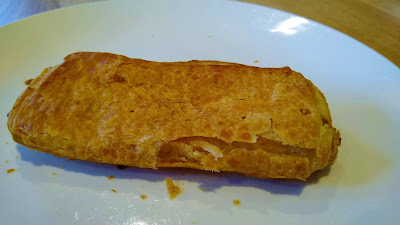 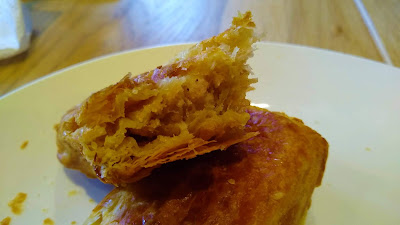 The sausage roll also served warm, was equally as scrumptious as the roll, lovely flaky pastry, loads of tasty filling and a good sized portion.   Steven thought it was so good he considered it superior to the Greggs sausage roll, quite an accolade. 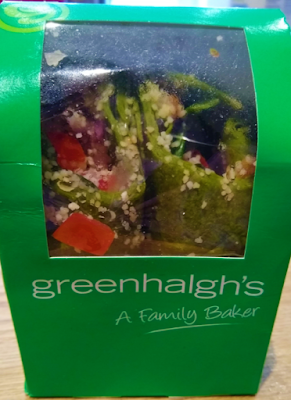 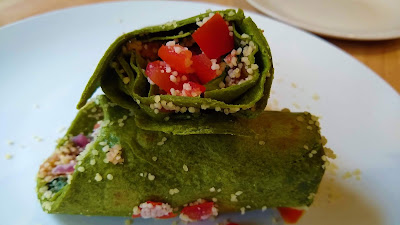 The spinach wrap filled with couscous, tomato and red onion, was less of a success, it was lacking flavour, so Steven added smoked houmous and sriracha and what a difference it made.   I passed on Steven's comments about the wrap to Greenhalgh's social media team, who were happy to take them on board, so maybe they will tweak the recipe.

Overall Steven was impressed and would definitely buy the sausage roll and pasty when out and about and of course we love to support a Lancashire company.

Disclaimer:  I received free samples of these products and have not been paid for this review and all opinions are my own.