Chiquito introduced a vegan menu earlier this year and on a visit to Bolton for a wedding, it made an ideal lunch stop, as it was near our hotel. 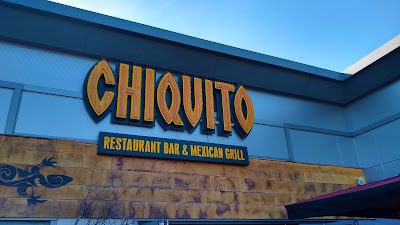 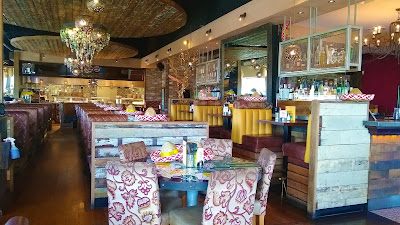 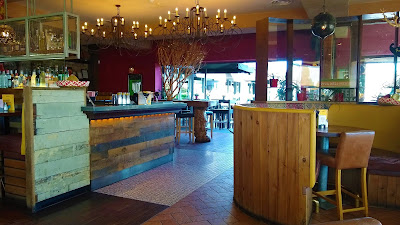 Chiquito use well known vegan products by the likes of  Oatly, Oumph and Violife, as well as jackfruit and banana blossom to create a very interesting range of dishes. 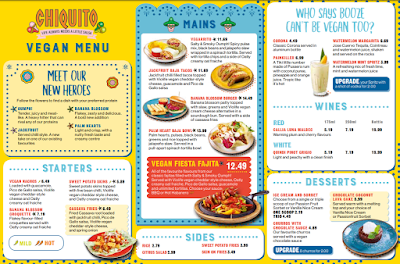 I cannot fault staff's attention to detail about allergies, they asked as we sat down if we had any and ensured the kitchen was aware of what I could not eat.   The dishes I chose were all fine apart from the Violife cream cheese containing sunflower seeds on the burger, which I cannot eat, but can be omitted.

Steven ordered sweet potato skins and I ordered nachos to start, with a large coke and large sparkling water, no alcohol as we would be drinking at the wedding, but good to see vegan drinks labelled on the menu. 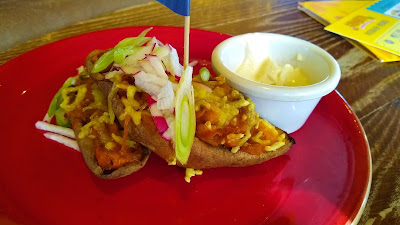 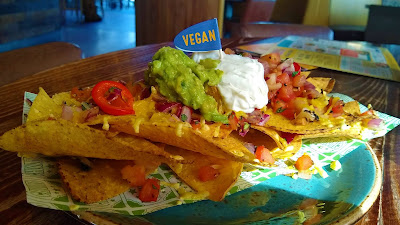 The sweet potato skins were far too small, needed at least another one, the nachos were much better value and totally scrumptious, so I let Steven pinch a few, we loved the clear vegan sign on both dishes.

Main courses were banana blossom burger with cassava fries for me and jackfruit tacos with a side of fries for Steven. 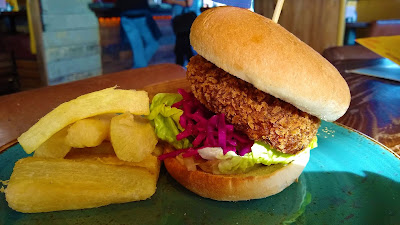 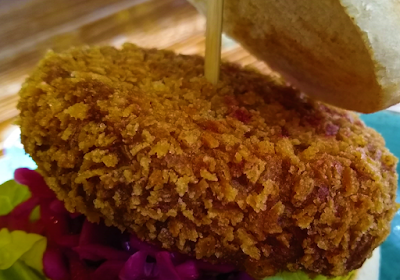 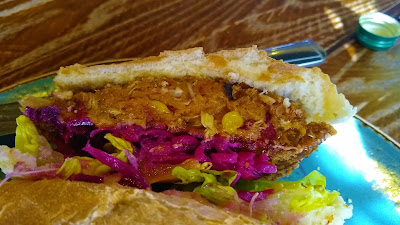 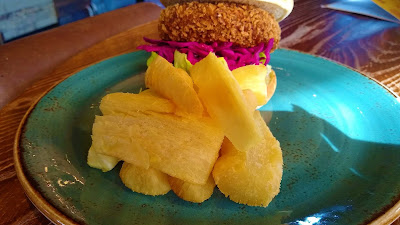 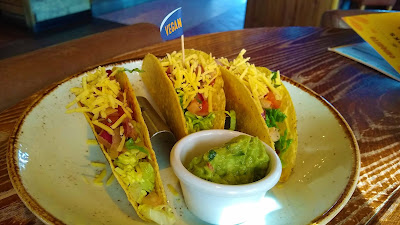 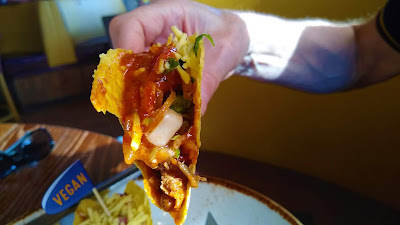 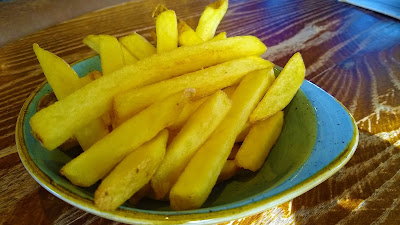 The burger was lovely and juicy, not dry at all served on a soft sourdough bun with slaw and lettuce, it was delicious as were the cassava fries.   The three jackfruit tacos served with guacamole in Steven's opinion is more a starter, so he was glad he ordered fries.   The tacos were tasty enough, although both dishes would benefit from some hot sauce, which we did ask for, but beware it contains dairy.

Overall we liked the venue, staff were brilliant and the vegan menu offers fabulous sounding options, the downside are the way over the top prices.   The vegan burger at £14.49 is more expensive than five of the burgers on the main menu, the vegan croquettes £2.19 more than meat ones and the jackfruit tacos at £11.69 with fries to bulk it out came to £15.18.

I can only conclude Chiquito have joined the vegan bandwagon, where restaurants think they can charge more, because vegans are desperate to dine out.   I asked our waiter if the vegan menu was proving popular, his reply being it did on launch, but footfall had fallen since, no wonder.   I am sorry Chiquito I refuse to be taken advantage of, with so many places offering food just as good but easier on the pocket, I doubt whether I will return until you reassess your pricing policy.