Rags Restaurant is in Rags Hotel right on the front in Bridlington, with views of the harbour and offer a vegan menu, a welcome find in the town or so I thought. 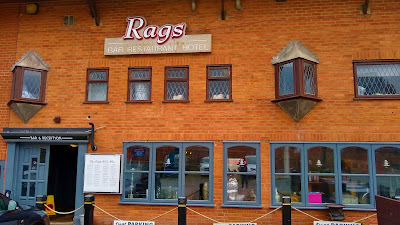 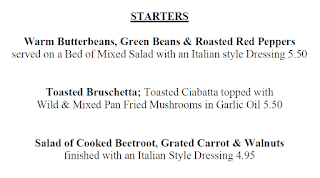 Prior to our visit I emailed Rags to ask if foods I am allergic to, were in the beetroot salad starter and chickpea burger main course and received this reply.

On arrival we sat down and ordered a very nice bottle of Quercus Pinot Blanco, after a quick search on Barnivore and what a lovely wine it was. 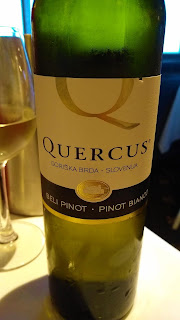 A chap who I think was the owner approached and confirmed he had read my allergy correspondence and chef had everything in order, so I felt relaxed especially reading they took allergies very seriously on the menu, how wrong could I be.

Steven ordered butter bean salad, which was okay though nothing outstanding, but he was starving having walked nine miles earlier in the day and ate it all. 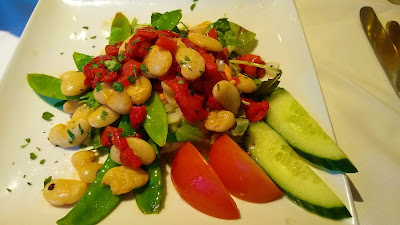 When ordering I again requested olive oil for my salad, as I did in my email to replace the mustard dressing, which was served in a pot and duly poured over. 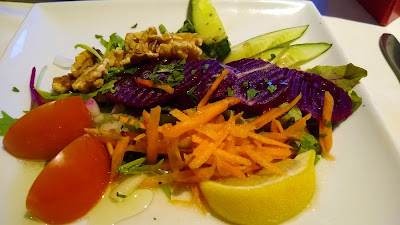 I tucked in which I came to regret, as I discovered brown seeds I recognised as mustard, hiding underneath as I finished the dish, so chef used mustard dressing anyway.   Some initial symptoms I suffer are exceedingly sore, dry, swollen eyes, chronic nasal congestion, terrible bloating and upset stomach, so I went to the ladies toilets to use my allergy eye drops.   On returning to the table I started feeling queasy and nauseous, just as the main course arrived. 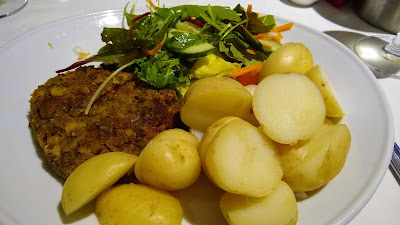 I was feeling so sickly Steven tucked into my main course, as his stir fry was seriously below par, with uncooked tofu and vegetables in a thin bland sauce. 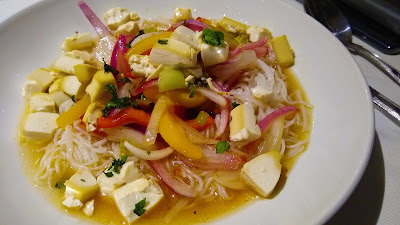 I discovered more mustard seeds on the main course salad and scraped them to the side of the plate, before rushing off to the toilets to be sick.

By this time a waitress appeared, as I must have looked unwell as I left the restaurant and Steven explained about the mustard seeds, so she took the plate to the kitchen.   I returned to the table, just as the waitress approached to say chef disagreed it was mustard, the look on my face must have said it all, so she went to check the allergen information.   She in fact returned to the table with a bottle of salad dressing, with a look of horror on her face, as she showed me the label with brown mustard seeds listed as an ingredient.

The waitress went to explain the situation to the chap I mentioned earlier, who rushed off to the kitchen, then came over to apologise profusely, but with no explanation as to how chef got it so wrong.   In the meantime all I wanted to do was leave, as I felt absolutely awful, so the chap zeroed the bill, although Steven wanted to pay for the drinks, but he insisted so we left.

Our trip, organised solely for the purpose of attending the Bridlington vegan festival the following day was ruined, as the morning after I looked and felt terrible, so we had to cancel.

I still cannot believe how complacent some chefs are, I have no idea what this chef was thinking, but I suggested to the owner in a couple of online reviews I posted, allergy training and awareness are seriously needed.   Just imagine the scenario with someone who was anaphylactic it does not bear thinking about.