Wholesome Junkies is owned by Chelsea, who I have been following on social media for awhile and whose food I have had the pleasure of eating at various Manchester events.   Chelsea was on Million Pound Menu last year and caught the eye of investor Chris Miller from White Rabbit Fund, who became her mentor.

Chelsea has just moved into a permanent new home in Arndale food market and I was excited to visit for lunch, as they only opened last week.   On Million Pound Menu Chris Miller suggested Chelsea ditch her tie dye t-shirts, which are iconic to the Wholesome Junkies brand, so I was pleased Chelsea and Jack, also working that day, were still wearing them.   I only managed a couple of snaps of their unit, in between the constant stream of people queuing up and was lucky to get these two photos without anyone being in the way. 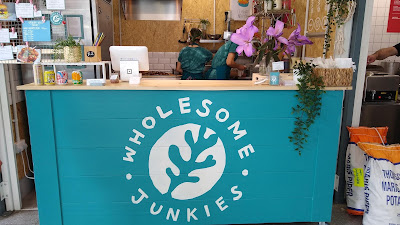 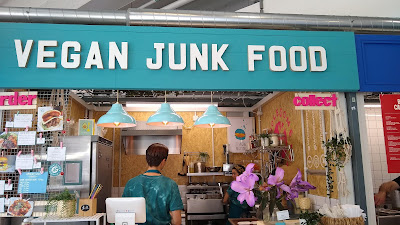 There is no chalk board or printed menu, as Chelsea always adds a quirky twist to everything, as in the wire frame with pink pegs holding menu cards and photos of the dishes, which I thought was brilliant. 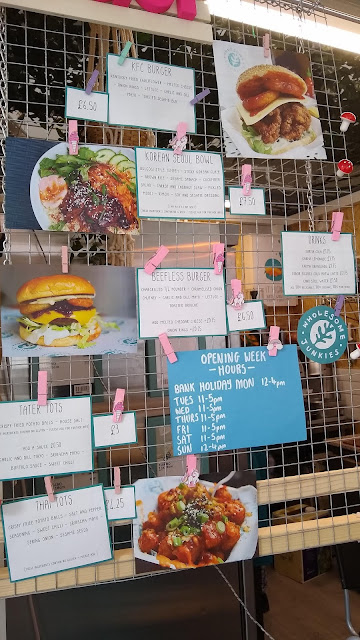 I have been drooling over the photos on social media of the Tater Tots, so I ordered them with buffalo sauce and Steven chose the Korean Seoul bowl, with two cans of water. 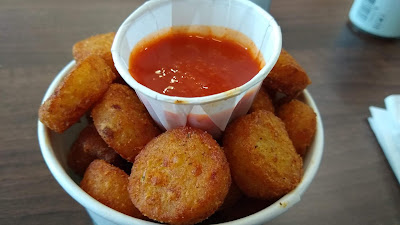 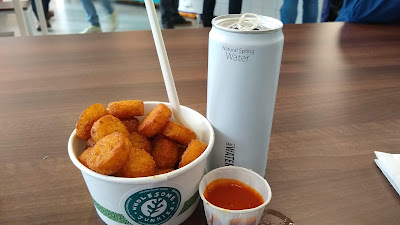 The Tater Tots are awesome, a big pot for £3.50 with buffalo sauce is great value for money and they are satisfying, scrumptious and moreish, I could easily munch on these every day, loved them. 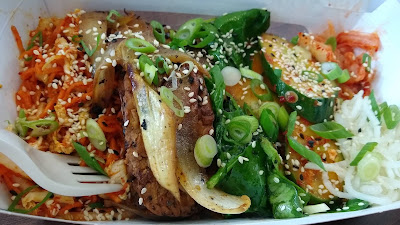 Steven loved his Korean Seoul bowl of rice, vegetables and tempeh, packed with flavour and loads of texture, brought together with a soy and sesame dressing.

I love that the food packaging, including the cutlery, is made by Vegware who make 100% plant based compostable products, so good for the environment too. 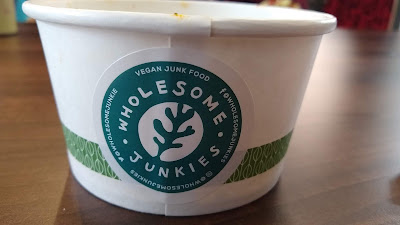 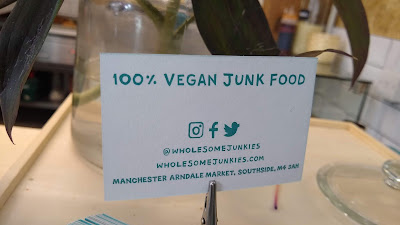 Wholesome Junkies will be a big hit with vegans and non vegans alike, as their food is so delicious and tasty it appeals to everyone.   I am dying to revisit and if there was nothing else on the menu apart from Tater Tots I would be in vegan heaven, but Chelsea is renowned for her KFC burger, which has to be on everyone's to eat list and after seeing other customers munching on it, I need to try it again.

I cannot recommend Wholesome Junkies highly enough, I think they will smash it as part of Manchester's vegan scene.