Jim's Vegetarian Cafe is a legend in its own right in Colne and I think its been there nearly thirty years.   They host music nights, hence its also known as an accoustic cafe and is one of the venues during the Colne Blues Festival, held in August every year.   I have not visited for years, no particular reason why, other than we moved area, so it was not as convenient, but after last nights visit, the trip to get there is definitely worth it.

Jim's is located on Newmarket Street, which runs off the main road going through the centre of Colne and looks warm and inviting from outside. 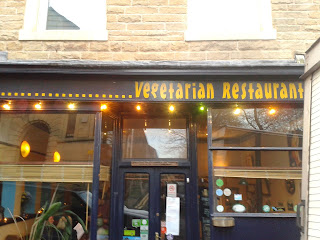 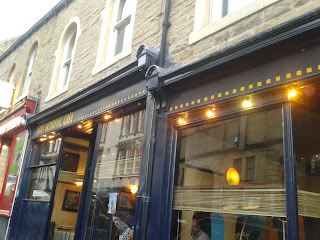 The place has not really changed much, its ecletic and bohemian, the furnishings must have been collected over the years, there are a couple of pot bellied stoves and nothing matches, but that just adds to the charm.   An interior designer would fail miserably trying to re-create its individuality and quirkiness, or the atmosphere, you feel totally relaxed as soon as you walk through the door.   My interior photos are sadly a bit inferior, due to the low lighting, but that's another thing I loved about it, who wants to dine under a blazing light bulb, the lighting was spot on. 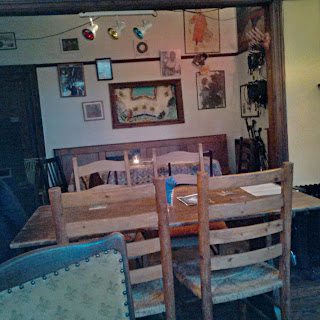 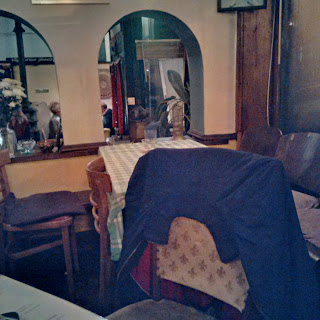 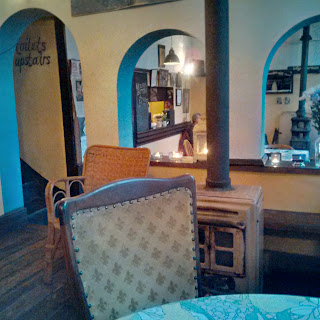 The music playlist of classic artists such as Bob Dylan and Leonard Cohen, played through the evening compliments the whole place, it really is hard to describe the atmosphere, you would have to visit.

The place was packed, with people of all ages, from teenagers through to people in their seventies, so Jim's appeals to all.   The menu is not vast, has plenty of vegan options and many that can be adapted and I recognised most of the dishes, from times gone by, but as they say 'if it ain't broke don't fix it'. 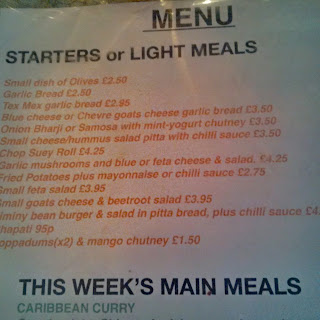 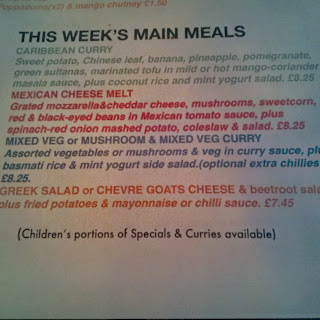 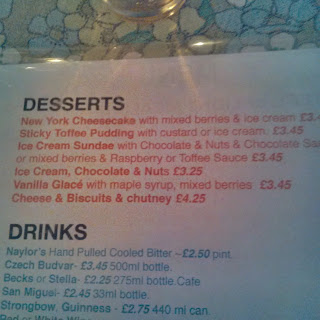 I ordered a houmous salad and chilli pitta pocket, one of my favourite combinations and it was really tasty and I could easily have eaten it again. 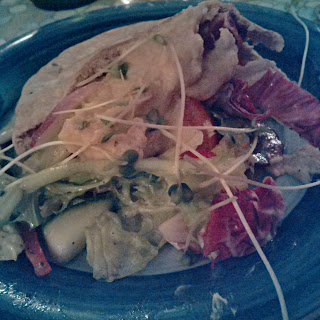 My husband had fried potatoes with some of the hottest chilli sauce he has eaten, the potatoes were piping hot but totally delicious, think we will have to share next time.   Mains were vegetable and mushroom curry with basmati rice and salad, this was as good as I remember, better than many Indian restaurants. 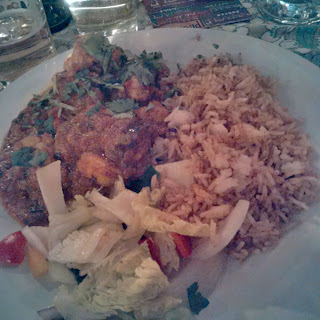 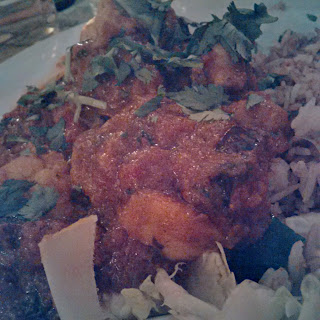 There is a small drinks list including beers, lagers and wine, all very reasonably priced, so our bill including a few beers, a bottle of wine and one ice-cream with nuts and chocolate came to £50 for two.

Our waiter a young chap was really friendly and helpful, but even the service has its quirky side, the starters and main courses came at slightly different times, for which he apologised, although it was not a problem.   The red wine we ordered was a little cold, so we put it on the stove to warm through a bit, none of the wine glasses matched, but that is what I love about the place and if they changed things, the place would just not be the same, it may not suit everyone, but looking at how busy it was, people love the place.

Would I go back, hell yes and I feel annoyed that I left it so long since our last visit, but Jim we will be back.